In the late 1950’s, a driving range peppered with little white dimpled balls is what sat on the Southwest corner of Alvernon and Broadway Boulevard. Today it is the location of the Southwest’s crown jewel of public tennis facilities, boasting 25 lighted hard courts tucked within the lush greenery of Reffkin Park. Reffkin Tennis Center is now Tucson’s flagship public racket facility, but it has grown from humble beginnings.

Reffkin Tennis Center was constructed in 1961 and consisted of 10 red-dyed concrete courts lit by florescent bulbs. Preserved as a piece of history, the red concrete is still visible in the walk way between courts 1-5 and 6-10. The public restroom was limited to a single portable unit on the west end of the facility and the proshop was hardly bigger than a closet.

Jim Reffkin became the first tennis pro ever hired by the city of Tucson, and assumed the position of Director of Tennis at Reffkin in 1975. Over the past three decades, Reffkin has overseen the construction of 15 additional courts (including the Michael Landon Stadium Court), a new proshop of original design, the preservation and addition of vegetation within the grounds, and the updating of lighting to modern standards. With these improvements came reward, as Reffkin was named “Outstanding Facility of the Year” in 1993 by the United States Tennis Association. Reffkin has also developed Reffkin’s tournament schedule. Reffkin Tennis Center hosts more tournaments than any other facility in the Southwest, including USTA National Championships.

Reffkin is also home to the Smith-Perry Tennis Academy (SPTA). The SPTA is one of the largest junior tennis development programs in the Southwest, and consistently produces regionally and nationally ranked junior players, most continuing on to play at the collegiate level.

Celebrity has also found a place at Reffkin. Tennis legends such as Rod Laver, Roy Emerson, and Billy Jean King have graced the courts, as well as movie stars and other sports figures. The Celebrity Tennis Classic was hosted at Reffkin from 1981 through 1995. Connie Stevens hosted in 1981, followed by Michael Landon’s 10 year reign from 1982 to 1991, Beau Bridges in 1993, and Rick Springfield in 1994 and 1995. Reffkin Tennis Center has enjoyed a colorful history and will proudly continue to be the heartbeat of tennis in Tucson.

With more instructional programs and events offered for all ages than any facility in Tucson, public or private, Reffkin will continue to play a major role in the future of our sport. The Reffkin Tennis Center was previously known as the Randolph Tennis Center.

The Reffkin Center offers Tucson Tennis amateurs and enthusiast alike an outstanding place to play for fun, practice, hone their skills and compete on a both semi-pro and USTA professional levels. Our facility includes: 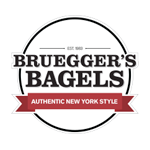 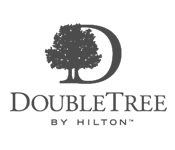